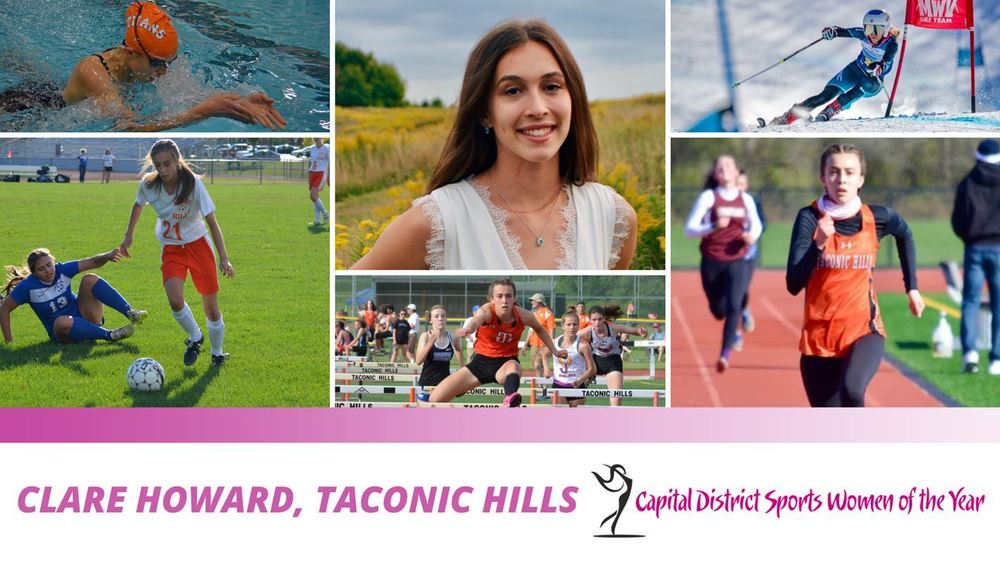 Clare Howard has been named to Capital District Sports Women of the Year Class of 2021 as one of the 10 scholastic award recipients. Clare competes in cross country, alpine ski, soccer, swimming, and track & field.

Academically, Clare is a member of the National Honor Society and is a NYS Athletic Administrators Association Scholar-Athlete nominee. She ranks third in her senior class and won the 2020 RPI Medal for Math and Science. She also won the 2020 RIT Award for Innovation and Creativity. Clare was accepted to play cello with the NYS Empire State String Youth Orchestra. She was an NYS School Music Association Soloist in cello, flute, and piano.

A total of 94 high schools and 15 colleges feature collegiate athletics in the Capital District. The Athletic Director from each institution is provided the opportunity to nominate one female student-athlete for CDSWOY recognition. A total of 10 high school and two college female student-athletes from the Capital District will be honored at the Awards Gala which will be held on Monday, August 9 at 7:00 p.m. at the GE Theatre at Proctors in Schenectady.