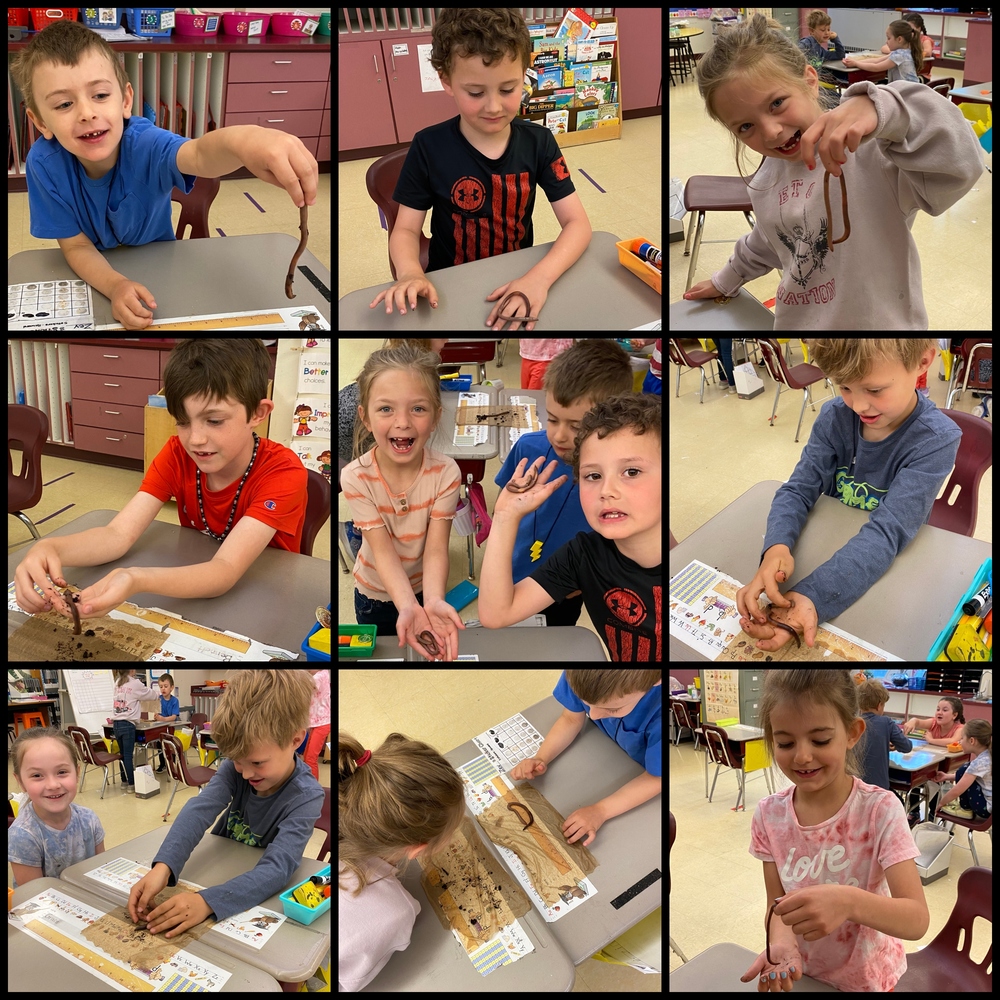 For a week in May, Ms. Caldwell's 1st grade students learned all about worms. They learned about the parts of a worm, why they dig tunnels underground, and that they help plants grow big and strong!🪱

After learning about worms, Ms. Caldwell brought live ones in so that they could do a Worm Observation Project. The students were to identify the parts of their worm, describe what it felt like, and draw a picture of their worm. Many of them conquered their fears and even picked up their worm! Later in the day, they listened to Diary of a Worm and the students got to write their own Diary of a Worm book!

They loved being able to have a hands on experience with worms! Thank you Ms. Caldwell!